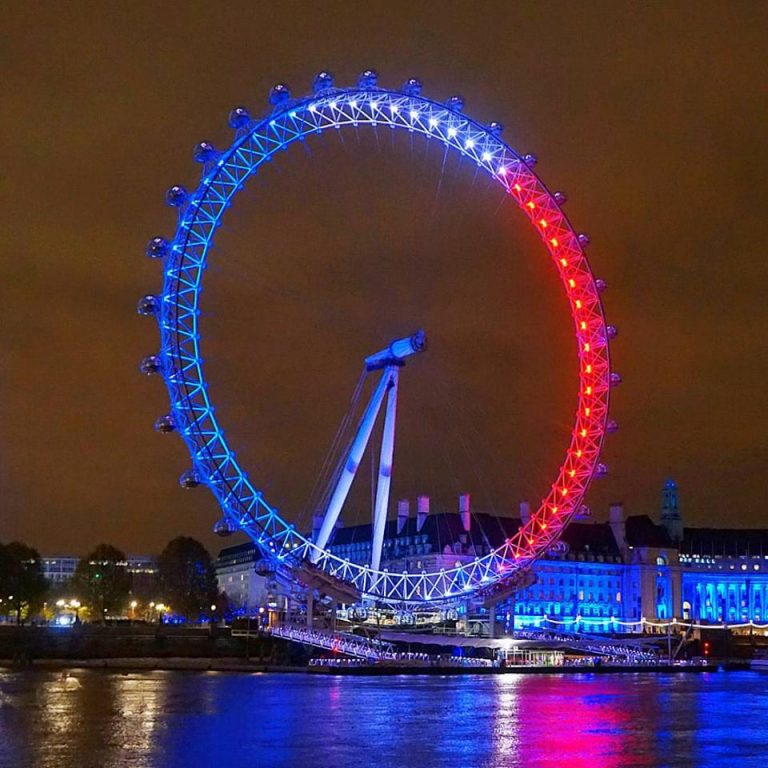 London is huge, fast-paced and packed with world-class things to see, do and experience. With so many options it can be hard for a first-time visitor to know where to start – which is where we come in with our list of the 12 absolute must-sees on your trip, from historic buildings to a classic English tradition.

A world of English eccentricity strikingly enclosed in an imposing 11th-century fortress, the Tower of London is a great place to kick off your explorations. Arrive as the doors are unlocked (9am Tues-Sat, 10am Sun & Mon) and head straight to the Crown Jewels to avoid the afternoon queues. Next join a Yeoman Warder’s tour for a fascinating and personal insight into the life and grisly times of this fortress-palace, or book a winter Twilight Tour to see the Tower’s spooky side.

Westminster Abbey is an extraordinary place and has been the heart of the country’s royal and religious life for centuries, acting as the venue for weddings and funerals alike (17 monarchs are buried here). It was founded more than a thousand years ago and today displays a mix of architectural styles, with the bulk of its structure dating back to the 13th century. Poets’ Corner in the South Transept is one of many highlights.

A great way to get your bearings and take in a slew of sights at the same time is a west-to-east walk along the south side of the Thames. Getting off at Westminster tube will leave you right by Big Ben (officially the Elizabeth Tower), but cross Westminster Bridge for better views, and an eyeful of the remarkable Houses of Parliament. From here, the riverbank offers a roll call of top-draw icons: the London Eye, the Southbank Centre, Tate Modern and Shakespeare’s Globe theatre, and views across the river of St Paul’s Cathedral, the Tower of London and the skyscrapers of The City.

Although it’s inescapably touristy, a rotation on the London Eye really is a must for any first-time visitor to the UK capital. Smack bang on the South Bank, the big wheel takes 30 minutes to do a full turn, at its peak reaching a height of 135 metres, providing spectacular views of the Houses of Parliament and other iconic landmarks from its glass capsules. Book tickets in advance to avoid the queues.

5. Take afternoon tea (or down a pint in a pub)

The quintessentially English indulgence of whiling away an afternoon eating dainty sandwiches and drinking tea will leave you feeling really rather upper class. For the classic experience head to Claridge’s or the Ritz, or in the summer try the terrace at The Goring or the stately Orangery. For something more quirky, you can’t beat the Mad Hatter’s tea at the Sanderson, or the innovative creations served up at the Modern Pantry. For something a bit more down to earth, have a pint in a pub – Ye Olde Cheshire Cheese and the Lamb & Flag are good options for lots of centuries-old character.

If you have to choose one place in London to let your hair down, make it Soho, a densely packed warren of after-dark delights. For centuries a bohemian quarter, it has served as the city’s red-light district and, since the 1980s, has been a hub for London’s gay community. Join the pavement loiterers waiting for a table at Polpo or Flat Iron , or book ahead for a meal in the startling surrounds at Bob Bob Ricard. Then opt for an old-school pint or four in the French House, Bar Termini, Yard or the White Horse.

How to cure erectile dysfunction?